Natural products and their importance

The medicinal values of natural products derived both from plants and microbes have been well recognized since ancient times. Natural products have rendered great help in the management and treatment of a range of disorders including inflammatory, parasitic, neurological, cardiovascular, metabolic, oncological and pain-related diseases.[1] Natural products are derived from varied biological sources and are the best source of unique scaffolds and diverse structures of molecules. There are estimated to be about 12.5 million species of plants according to the classic World Conservation Monitoring Center’s work.[2]

WHO reported that treatments with herbal medicine or vegetable extracts are practiced by almost 80% of the world´s population.[3] However, the scope of what natural products can offer to human medicine is far from being fully realized. The estimated total of existing plant species may vary from 350,000 to 550,000, of which less than 15% have been investigated for their commercial and medicinal potential.[4] Among the 56% of currently prescribed synthetic drugs, 24% are derived from plant species, 9% are synthetic products modeled from natural products, 6% are extracted directly from the plant species and 5% are of animal origin.[5]

Natural product medicines have been derived from various source materials including terrestrial plants, terrestrial and marine microorganisms, including terrestrial vertebrates and invertebrates.[6] The importance of natural products in modern medicine has been extensively discussed in various recent reviews and reports.[7] There are several reports in specific areas such as cancer[8] together with a more general discussion on natural products as leads to potential drugs.8c Natural product structures continued to play a highly significant role in the drug discovery and development process. It should also be pointed out that Lipinski’s fifth rule effectively states that the first four rules do not apply to natural products or to any molecule that is recognized by an active transport system when considering “druggable chemical entities”.[9] Secondary metabolites from natural sources have been elaborated within living systems and have showed more “drug-likeness and biological friendliness than totally synthetic molecules, thus making them good candidates for further drug development.7e-f,[10] It is generally believed that plant derived products/ medicines are safer, gentler and better for human health than synthetic drugs.

An analysis of the origin of the developed drugs indicated that natural products or natural product derived drugs comprised 28% of all new chemical entities (NCEs) launched in the market.7b In addition, 24% of these NCEs were synthetic or natural mimic compounds, based on the study of pharmacophores related to natural products.7a This unmistakably implies that natural products are very important sources for new drugs and are also potential lead molecules suitable for further modification and drug development.

As with ‘drug like’ libraries, these natural product-like libraries offer the advantages of easy re-synthesis and access to analogues. In contrast, however, the library members are skeletally diverse, structurally complex, stereo-chemically rich and densely functionalized. The considerable investment in developing synthesis of these libraries is now bearing fruit,[12] through the discovery of new biologically active molecules and the development of new synthetic methodologies.

Inflammation, which is a pattern of response to injury, involves the accumulation of cells and exudates in irritated tissues that allows protection from further damage. Inflammation has been studied for thousands of years in an attempt to combat its effects on the body. There are 4 classic signs of inflammation (rubor, calor, dolor, and tumor, or redness, heat, pain, and swelling). For many years, salicylate-containing plants were applied therapeutically and lead to the discovery and production of a major anti-inflammatory drug i.e. aspirin (1), and is used extensively in current clinical practice. Many other aspirin like drugs are now available including the non-steroid anti-inflammatory drugs (NSAIDs).[13]

The gum resin of the medicinal plant Boswellia serrate which constitute part of the present thesis, has been widely used in Ayurvedic preparations as an anti-inflammatory agent since antiquity,[27] and current research trends in the area of anti-inflammatory drug development highlight the contributions from B. serrata.[28],[29] Although most of the anti-inflammatory activity studies in this area have been on B. serrata extract (BSE), the bioactivities of the main constituents boswellic acids (BAs) have also been studied.[30] For example, a composition of four BAs has been used for the treatment of lympho proliferative and inflammatory disorders including rheumatoid arthritis and osteoarthritis as disclosed in three patents.[31] The gum resin, comprising mainly β-boswellic acid (BA, 8) as the main triterpenic acid along with 11-keto-β-boswellic acid (KBA, 9) and corresponding acetates ABA (10) and AKBA (11) (Fig. 1). The author’s institute has developed a process for extraction, isolation and standardization of BAs exhibiting anti-inflammatory, anti-arthritic and anti-ulcerogenic activities.[32] The synergistic effect of BAs and glucosamine against inflammation and arthritis in rats has also been reported.[33] 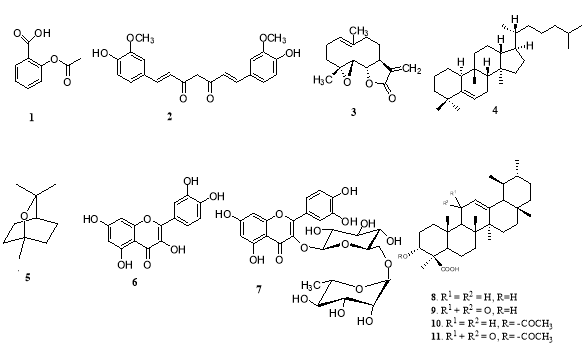 Fig. 1. Structures of some anti-inflammatory drugs from plants

Plant-derived anti-cancer agents in clinical use

Cancer is the second leading cause of death and 77% of all the cancer diagnosed people are above 55 years[34] and now believed to be the number one cause of premature deaths in industrialized nations. Cancer was first of all recognized by Rudolf Virchow as small globules, which he called “cells”, had the capacity to multiply independently, making them true “citizens of the organism”, which he referred to as a “cell-state”. He postulated that tumor cells must come from normal cells, hence Omnicellulae cellula or “every cell from a cell”.[35]

The first agents to advance into clinical use for cancer were called vinca alkaloids, isolated from Catharanthus roseus comprising vinblastine (VLB) (12), vincristine(VCR) (13), vinorelbine (VRLB) (14) and vindesine (VDS) (15) (Fig. 2).Vinblastine, vincristine were used by various cultures for the treatment of diabetes.[36] While under investigation as oral hypoglycemic agents, it was noted that extracts reduced white blood cell counts and caused bone marrow depression in rats and subsequently they were found to be active against lymphocytic leukemia in mice. Vinblastine is generally used in the treatment of metastatic testicular tumors with great care to avoid damaging extravasations. Vinblastine blocks cells in the M-phase. Vincristine is generally used in the treatment of lymphoblastic leukemia and solid tumors.[37] Vinorelbine and vindisineare primarily used in combination with other cancer chemotherapeutic drugs for the treatment of a variety of cancers, including leukemia, lymphoma, advanced testicular cancer, breast and lung cancers and Kaposi’s sarcoma.[38] Vintlunine (16) (Fig. 2), a dimeric alkaloid having two gem-fluorine atoms has also shown a great potency in different tumor models.[39]

Camptothecins (17) (Fig. 3) are one of the other important classes of compounds isolated from plants. Camptothecin was discovered almost at the same time (1966) as was taxol and by the same research group.[40] It is present in Camptotheca acuminata and has also been found in Mappia foetida, a weed that grows in the Western Ghats of India. But most interesting was its mode of action as it inhibited topoisomerase I compared to other anti-tumor drugs.[41] Topotecan (18) and irinotecan (19) (Fig.3) are the two of the most promising synthesized analogues of camptothecin which have somehow overcome the defects of camptothecin itself. Podophyllotoxins also belong to the class of anticancer drugs are basically lignans. The main member is podophyllotoxin (20) (Fig. 3), an ancient folk remedy (classically used for the treatment of gout) found in the May apple Podophyllum peltatum.[42] Intriguingly, podophyllotoxin binds to tubulin at a site distinct from taxol and vinca bases. The most prominent analogs of podophyllotoxin are etoposide (21) and teniposide (22) (Fig. 3) which is more potent and less toxic.[43] Another diastereomer i.e. picropodophyllotoxin (23) has been produced by the epimerization of podophyllotoxin (Fig. 3).[44] 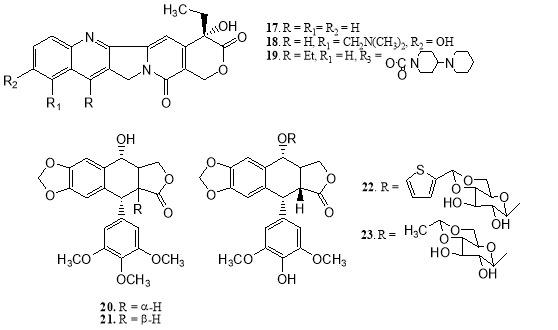 Fig. 3. Structures of camptothecin and podophyllotoxin and their derivatives

Taxol (24), a diterpene ester was discovered initially as a minor component in the bark of the Pacific yew.[45] Taxol stimulates the formation of microtubules from tubulin and stabilizes this polymer which stops cell from dividing.[46] Microtubules provide a sort of cytoskeleton for cells so that they can maintain their shapes. Semi-synthesis of taxol from 10-deacetybaccatin (25) has allowed the synthesis of many novel analogs of which docetaxel (26) is the most prominent.[47] Its adverse effects were somehow similar to taxol itself and its mode of action is also similar to taxol (Fig. 4).[48]

Fig. 4. Structures of taxol and baccatin

In conclusion, natural products are the prime source of highly effective and conventional drugs for the treatment of various forms of cancer and inflammation. Actual molecules isolated from the plant generally may not serve as the drugs; however, they provide leads for the development of potential novel agents. As new technologies are being developed, some of the agents which failed earlier clinical studies are now stimulating renewed interest. For example, the ability to attach agents to carrier molecules directed to specific tumor, shows promise for effectively targeting highly cytotoxic natural products to the tumors while avoiding their toxic side effects on normal healthy tissues.[49] There are many promising drug candidates in the current development pipeline that are of natural origin.49 With the increasing acceptance that the chemical diversity of natural products is well suited to provide the core scaffolds for future drugs, there will be increased developments in the use of novel natural products and chemical libraries for the treatment of cancer and inflammation.