The genes encoding HLA antigens are clustered on chromosome 6p21 at the telomeric end of the HLA region. Relatively few HLA class I genes are transcribed or translated.The expressed class I genes are subdivided into class Ia, which includesHLA-A, -B,and -C, and class Ib, which includes HLA-E, -F, and -G. As a non-classical major histocompatibility complex class I molecule, HLA-G is expressed predominantly and restrictedly in extravillous trophoblast cells at maternal–fetal interface. Alternative transcription of spliced HLA-G mRNAs encodes at least seven different HLA-G iso- forms, namely the membrane-bound HLA- G1, -G2, -G3 and -G4, and the soluble HLA-G5 and -G6 and –G7 proteins (1, 2). Experiments in vitro showed that HLA-G may contribute to maternal acceptance of the semi-allogenic fetus, by suppressing the maternal immune system during.it has been shown to bind to the immunoglobulin-like transcript (ILT)-2 and killer inhibitory receptor (KIR)2DL4 (p49) inhibitory receptors on NK cells and confer protection to extravillous trophoblasts (EVTs) via these receptors (3)(Figure2). This suggests that the interaction between HLA-G and immunocompetent cells at the placental interface could be critical in determining the outcome of pregnancy. In this regard, it may be helpful to look for deviations in these interactions by studying early pregnancy disorders of unknown aetiology (4). 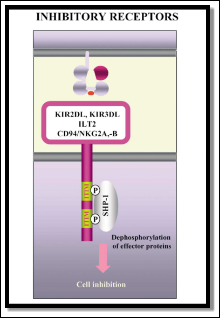 We carried out a case–control study. Peripheral blood samples were obtained from iranian women who had been seen at the infertility center in Yazd city during 2013 to 2014 for the evaluations of recurrent miscarriage. All of these women had regular menstrual cycles and were health. We analyzed a total of 200 patients with three or more recurrent spontaneous abortions (as a case group) and 200 healthy women without any history of abortion (as a control group). During the entire investigation period the current laws of ethical committee were followed; the patients gave their informed consent for use of their blood collected. Studied patients were without anatomical, microbial, viral, genetical disease and hormone profile tests and tests for ovulation and tubal patency were normal. Male partner’s semen analysis were included in the study. According to medical evidences, etiology of these abortions are unexplained. The following data for the patients were obtained: age, age at each abortion, numbers of abortions, time of abortion during each pregnancy, familial history of abortion, occurrence of bleeding and pain during abortion.

The blood samples of the control group and of the patients were collected in tubes containing EDTA. The molecular analyses were performed using DNA extracted from peripheral blood leukocytes with a routine salting out procedure. The 14-bp insertion ⁄ deletion polymorphism was genotyped using the polymerase chain reaction (PCR). The amplification was done using the forward primer 5´-GTGATGGGCTGTTTAAAGTGTCACC-3´ and the reverse primer 5´-GGAAGGAATGCAGTTCAGCATGA-3´ for the HLA-G 14 bp insertion/deletion polymorphism analysis. PCR products were run on 1% agarose gel electrophoresis. The sizes of the PCR products were confirmed by sequence analysis. The PCR products of exon 8 were analysed by 10% nondenaturing poyacrylamidel gel electrophoresis containing ethidium bromide and visualized under ultraviolet light. PCR products were of either 224 or 210 bp, respectively,depending on the insertion/deletion of the 14 bp in exon 8. The cycling conditions used were: 94 °C for 5 min; 35 cycles of 94 °C for 1 min, 55 °C for 1 min, 72 °C for 30 s; and a final cycle extension at 72 °C for 5 min.

The data were analyzed by using the Chi-square test in the presence and absence of 14-bp insertion ⁄ deletion polymorphism expressing individuals. Odds ratio was calculated with a confidence interval of 95 %. The data were processed by SPSS 16 software. The significance level of the tests for considering Pvalues as significant was set to <0.05 .

HLA-G genotype frequencies were in agreement with a Hardy–Weinberg equilibrium in this study. Depending on the 14-bp deletion homozygotes, 14-bp insertion homozygotes or +14-bp ⁄-14- bp heterozygotes of exon-8, the size of the amplified PCR products was either 224 or 210 bp or both in the case of heterozygotes (Figure 1) and was confirmed by DNA sequencing (Figure 2). Our results showed that both the +14-bp ⁄-14- bp and -14-bp ⁄-14-bp genotype frequencies were not significantly different between patients with recurrent miscarriages and fertile controls. However, the genotype frequency of +14-bp ⁄ +14-bp homozygotes was significantly increased in those with recurrent abortions (three or more abortions) as compared with normal fertile controls. The mean age in the case group was: 35.3 yr ± 5.8 (range 19–43), the mean age in the control group was: 34.9 yr ± 3.2, (range 20–41) (Pvalue =0.40), in addition, some features of patients shown in Table 1. Distribution of the genotypes in the RSA patient and control groups is shown in Table 2. Frequencies were consistent with those previously reported by other investigators. (p value =)

For more than two decades, the non-classical human leucocyte antigen (HLA) class I molecule HLA-G has been supposed to be an important immunoloregulation molecule in the maintenance of foetal–maternal immunotolerance. HLA-G has the ability to inhibite immune cell functions like natural killer cells, cytotoxic T cells and dentritic cells. In our study, we focused on the 14-bp deletion ⁄ insertion polymorphism in the 3´ UTR of exon 8 of the HLA-G gene,which may contribute to the regulation of HLA-G expression. Our results showed that there were more women who were heterozygous in RSA group than in the fertile controls. Also the frequency of the +14-bp variant showed a significant increase in patients with three or more miscarriages. Thus, our data suggest that there is a detectable relationship between susceptibility to recurrent miscarriages and +14-bp homozygotes of the HLA-G locus.A report by Hviid et al. showed a significant over representation of the 14-bp +⁄+ 14-bp HLA-G genotype in a recurrent miscarriage group. Although no significant difference was observed for the 14-bp +⁄+14-bp genotype between the recurrent miscarriage and the control groups in their study, the same trend was found by Yan et al. Their hypothesis was that the frequencies of the HLA-G genotype, homozygous for the + 14-bp sequence, would be higher in women with several unsuccessful IVF treatments or with recurrent miscarriage than in control groups. This hypothesis was based on a previously published study. HLA-G alleles may result in different levels of HLA- G proteins. To date, the 14-bp deletion has been assigned to the G*010101, G*0102 and G*010401 alleles, and the 14-bp insertion to the G*010102, G*010103, G*0103, G*0105N and G*0106 alleles. Rebmann et al. reported that alleles G*01013 and G*0105N with the +14-bp sequence are known as ‘lowsecretor’ alleles, and are associated with reduced soluble HLA-G levels . Thus, The 14-bp insertion in exon 8 of the HLA-G gene may be associated with low levels of plasma soluble HLA-G. Low concentrations of soluble HLA-G in maternal serum appear to be correlated with adverse pregnancy outcomes in IVF pregnancies .If the HLA-G ‘low-secretor’ allele is a factor involved in the pathogenesis of recurrent miscarriage, one would expect an increase in the number of carriers with the number of recurrent miscarriages , which is in agreement with the results of this study. The HLA-G 14 bp insertion ⁄ deletion polymorphism may, in turn, affect the serum levels of sHLA-G and pregnancy maintenance, although the exactm mechanisms will require further study. The reason may be explained as follows, serum secreted HLA-G is conductive to early embryo implantation, as insufficient serum sHLA-G pro- motes trophoblasts attack by the mother’s immune cells induced by early embryonic trophoblast invasion of spiral arteries. This can result in a loss of implantation andpregnancy maintenance, leading to embryo loss as unexplained recurrent miscarriage .Based on these observations, our data indicate that the difference in HLA-G 14-bp genotype frequencies is not highly significant in this study. Probably, HLA-G as a single factor has a very modest effect in relation to risk for recurrent miscarriage. However, more genotyping investigations and functional studies on immune regulation are essential to elucidate the role of HLA-G in pregnancy. HLA-G gene encodes four membrane-bound and three soluble HLA-G isoforms by alternative splicing (16). The 14- bp insertion/deletion polymorphismin exon 8 of the HLA-G gene has been reported to be associated with HLA-G mRNA stability and splicing patterns, thus may play a role in the context of HLA-G functionality during pregnancy (17). Few studies on 14-bp polymorphism have been carried out in the association with RSA to date. A study by Tripathi et al. (14) indicated that 14-bp polymorphism is not a susceptible risk factor for RSA, but the number of heterozygotes (14bp1/2) was increased in the RSA group. However, another study indicated that homozygosity for the presence of the 14-bp polymorphism was higher in women with RSA than in the control groups (13). Recently, a report by Hviid et al. (15) showed a significant over- representation of 14bp 1/1 HLA-G genotype in the RSA group. Although no significant difference was observed for the 14bp 1/1 genotype between the RSA and the control groups in the current study, the same trend was found. In regard to the frequency of 14bp 1/2 heterozygotes, our study is inconsistent with that by Tripathi et al. (14) where more number of heterozygotes was observed in the RSA group. The discrepancy may be the result of ethnic variations, for a significantly different distribution of the 14-bp genotype was observed among Chinese, Danish, and Indian populations (Table 2) (14, 15). The 14-bp polymorphisms are involved in the stability and splicing patterns of the HLA-G mRNA isoforms. A rather detailed study by Hviid et al. (10) addressed that the HLA-G isoform transcripts were at a significantly lower level than the corresponding HLA-G isoform mRNA with the 14-bp sequence deleted, and an additional alternative splicing pattern, especially the HLA-G2 mRNA, could be observed with the presence of the 14-bp sequence. In accordance with this, a study by Rebmann et al. reported that HLA-G allelic variants are associated with plasma-soluble HLA-G levels. Alleles G*01013 and G*0105N with the 14-bp sequence are known as ‘low-secretor’ alleles, whereas alleles without the 14-bpsequence such as G*01041 are known as ‘high-secretor’ alleles, which are associated with elevated soluble HLA-G levels (18).Therefore, particular HLA-G alleles may result in different levels of HLA-G proteins. In the current study, higher frequencies of the 14-bpinsertion allele in RSA group may be a reflection of the association between the 14-bp insertion and the altered balance in HLA-G mRNA isoforms and probably the protein concentration. A recent report by Yie et al. (19) addressed that the embryos that express HLA-G benefit a higher in vitro fertilization rate. To the contrary, low soluble HLA-G seems to be correlated with an adverse pregnancy outcome (20). Taken together, our data indicated that the 14-bp insertion allele might have importance in the outcome of pregnancy. However, more genotyping investigations and functional studies on immune regulation are essential to elucidate the role of HLA-G in pregnancy.