The human species is known for having larger brains in comparison to other animals. Dating back roughly 2.4 million years ago, the human brain has tripled in size beginning with the species, Homo habilis (Lieberman). However, the aspects used in determining the overall changes in the brain can be deemed difficult. The lack of brain fossilizations results in the inability of weighing the brain on a scale. Instead, there is the high correlation between the size of a species’ brain and the mass of their body. With this, the relative size of the brain can be computed into the encephalization quotient (Lieberman) to further give us evidence on the volumes of brains and even details of relative sizes. The human brain is full of wonders emerging from genomics, metabolic costs, social and ecological drives, as well as from ancestral lineages.

Although most living organisms are capable of performing actions percieved as intelligent, the intellectual processes found in humans are exceptional in comparison to most species. In adult humans, the brain is an intricate organ that weighs nearly 1500 g, which is only 2% of the complete body mass. The amount of energy being consumed is proportional to the amount used by the rest of the skeletal muscle (Rosales-Reynoso et al).  Genetic mechanics are a key principle in the evolution of the human brain. Included in these mechanisms are positive selection within the coding regions and genes being duplicated and deleted throughout sequences.

Positive selection occurs when advantageous variants increase in prevalence within a population (Washington Edu). The Sonic Hedgehog (SHH) gene is maintained at a high rate during the childhood and adolescence stage during development. The SHH gene is responsible for the coding of a signaling molecule used in the developmental stages of tissues in the skeletal and nervous systems (Rosales-Reynoso et al). The autocatalytic domain responsible in the cleaving process of the signaling molecule has been found in protein sequences and considered to be high in primates in comparison to other living organism, especially mammals. The greatest change in the sequence included the amino acids, threonine and serine (Rosales-Reynoso et al). Together, these amino acids implicit modifications in the post-translational sequence.

Duplication and Deletion of Sequences

The duplication of sequences in the genome can lead to the creation of new novel genes. This presents the chance of neofunctionalism creating a new phenotype in response to the duplication of the genes. An example of this occurrence is the formation of glutamate dehydrogenase 2 (GLUD2). In a considerable amount of mammalian species, there is only one version of the GLUD gene. Due to the duplication event of retrotransposition, the rise of the GLUD2 gene codes for a protein specific to humans (Rosales-Reynoso et al). Both genes are expressed in the human body. GLUD1 is expressed in a vast majority of tissues, while GLUD2 is expressed exclusively within nervous and testicular tissues. The formation of genes due to duplication can lead to phenotypic consequences, but deletion of sequences can cause more consequential effects.

Deletion of sequences are rare events in comparison to duplications. There are many scenarios where the deletion of a gene may be present because of selective modifications over a span of time. The loss of the olfactory receptor gene in humans is a key example of a gene loss. Humans only have 350 olfactory receptor genes, while mice have relatively 1200 genes containing the olfactory function (Rosales-Reynoso et al). The sum of genes reduced is caused by pseudogenes in the human lineage. The variation in gene expression found within the human genome could play a great role in the phenotypical appearance humans have developed and have a contribution to the evolution behind the human brain.

The energetic costs displayed in the development of the human brain is elevated due to the large size. There is an estimation the brain uses between 44% to 87% of the metabolic rate when an individual is at rest during the stages of infancy, childhood, and adolescence. The amount of energy expended during these developmental stages could call for the body to exhaust less energy for the growing process (Kuzawa et al). The energy required for developing and learning in early stages has the probability of explaining the prolonged childhood and adolescence stage seen in humans, unlike our ancestors. In the study used to conduct the hypothesis of the prolonged pre-adult stage, the uptake of glucose was measured using positron-emission tomography, (PET.) 36 individuals were a part of the study with 7 of the individuals being healthy adults (Kuzawa et al). After the PET procedure, quadratic models were used to model the trend of glucose uptake within the cerebellum and cerebrum (Figure 1).

The findings from the study were overall uniform with the hypothesis and emphasized the pace the brain utilizes upon expansion when there is body growth in hominins. This trend continued can be seen in Homo sapiens today and depicts energy required of the brain. Taking into account that encephalization seen in human brains there appears to be a behavioral tactic in evolution that allows for the metabolic needs to peak during the stages of childhood (Kuzawa et al). This led to the finding of glucose demand within the brain being inversely related to body growth until puberty settles in an individual (Figure 2). Therefore, as the cost of a child’s brain begins to increase, the growth rate will slow down. This could help guide the explanation to why childhood growth is moderately slower paced when compared to those of great apes. Reardon et al., also demonstrates the anabolic costs found in the growth of tissues and the overall imbrication of positive areal scaling suggests the brain enhances and maintains this criterion greater in larger brains in contrast to smaller brains. (2017)

Evolution of the human brain size implies cognitive challenges as being the drive behind the overall expansion of the brain. The hypothesis of ecological-intelligence highlights the various challenges brought to hominins,such as obtaining food by hunting and gathering and processing the rest of the nutrients in the foods being eaten. Social intelligence brings light to challenges including cooperation of a group for the extraction of resources or the formation of alliances to compete with other species. Homo arachic began to depict this challenge when hunting for game and later sharing this game with the entire community to avoid starvation.

To address these challenges, the objectives of the metabolic theory and life-history theory were merged to find quantitative outcomes. The predictions would give an insight for the evolution behind the size of both the brain and the body when humans came into contact with social and ecological threats with respect to metabolic costs. Gonzales-Forero et al., found proportions of cooperative challenges increasing led to the absolute size of the adult brain, as well as the relative brain size, to decrease (2018). The cooperative challenges decreased the brain size to allow humans to further entrust on the skills of their partner. This results in the decreasing in the amount of investment put in by the individual into metabolically costly brains. This method can be seen in mammals and primates. The study suggests the overall evolution of the brain size in humans is due to ecological drives. The ecological challenges emphasize the various threats against nature and tends to increase from the early discovery of the Homo species, up until the late Homo species. Social adaptations led to modern day humans having a concentration of neural investments to have the capability to solve ecological issues.

Neanderthals are our closest extinct human relatives. Neanderthals’ appearance is similar to ours, though they were a lot shorter and stockier with prominent brow ridges and wide noses (Lieberman). In preceding research, morphological differences have between the brains of modern-day humans and Neanderthals were identified, including frontal lobes with non-allometric widening characteristics and asymmetric degrees. These distinct variations suggest modern humans and Neanderthals developed larger sized brains due to evolutionary paths. Pearce et al., (2013) hypothesized the similarity in the brain size of humans and Neanderthals had different organization patterns because of the larger proportion in body size found in Neanderthals. This would lead to the need if more neural matter to maintain the number of somatic pathways, as well as for control. The second reason is Neanderthals habited high latitudes and experienced little light. Low light would require larger sets of eyes and a larger visual cortex.

Endocast volumes for a total of 21 Neanderthals and 38 modern day humans dating back 27-200 ka. The endocranial volumes and body mass were standardized using a ratio to scale body size. The independent sample tests applied confirmed there were undoubtedly larger orbits in Neanderthals and implies there was a great significance in the size of the eyeballs and visual cortices (Pearce et al). The findings suggest Neanderthals have an enlarged somatic and visual area in the brain, while modern humans were capable of larger brain sizes by expanded other regions of the brain, such as parietal lobes. Instead of using neural investments like humans to face ecological challenges, Neanderthals used an alternative method using their enhanced vision and physical abilities.

Although the Neanderthals and modern humans have definite morphologies in their endocraniums, after birth, both species expand the temporal and frontal lobes within the cerebellar fossa. The development of endocranial volume, which increases, is a key factor of brain growth. Ponce de Leon., demonstrates there was the aspect of postnatal ontogeny in the brain which is fairly similar in both species of Neanderthals and the population of modern humans (2016). Therefore, cognitive development could greatly be influenced by social and cultural environments. This could also be studied using a genome sequence of the Neanderthal species, which could help in the detection of positive selection within the genome.

The human brain, in all of its staggering complexity, is the product of millions of years of evolution. The brain has undergone a plethora of remarkable changes through the process of evolution. The increase in size and complexity of the brain in modern day humans has created a great development of cognitive mental abilities. The brain has evolved due to genomics, metabolic costs, social and ecological drives, and linkages from our ancestors, the Neanderthals. The expansion during evolution has facilitated the addition of microcircuits, leading to the uniqueness of the human brain. 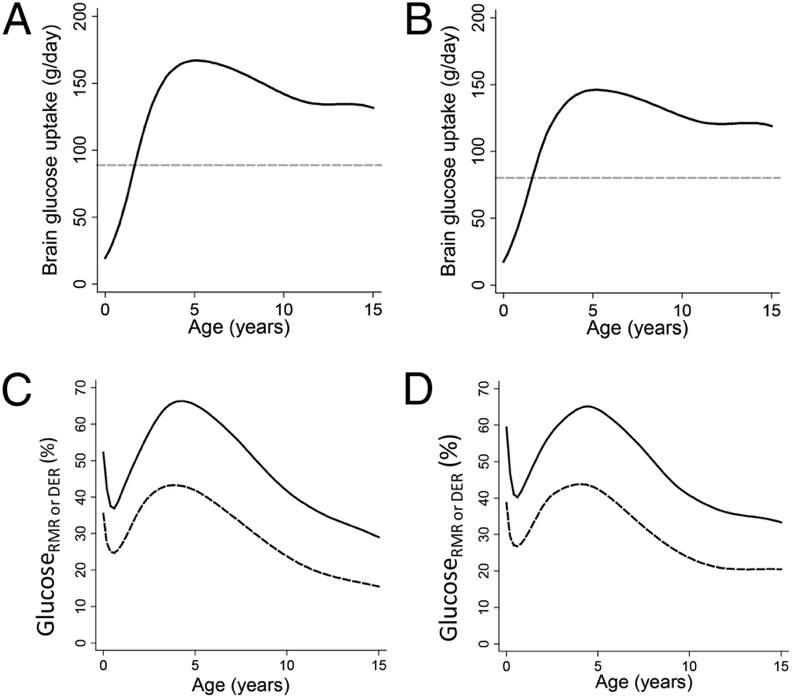 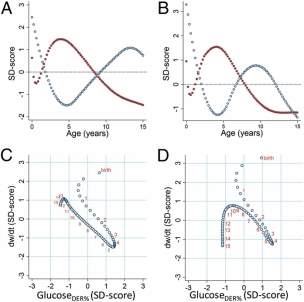