What are stem cells? Stem cells are cells which has the ability to develop or differentiate into different cell types of the body during early stage of life and it can be differentiated into three types which are embryonic stem cells (ESCs), adult stem cells (ASCs) and induced pluripotent stem cells (iPSCs). These cells are important to renew old tissues and repair any damaged tissues in the body. What makes the stem cells unique is the ability of these cells to self-renew indefinitely and to differentiate into more specialized cells with specific functions [1]. The stem cells can be divided into three types which is first embryonic stem cells, adult stem cells and induced pluripotent stem cells. Embryonic stem cells (ESCs) are obtained from blastocyst of a fertilized ovum approximately after 16 days of fertilization. These ESCs when cultured under specific medium and conditions will differentiate into any mature cells such as skin cells, nerve cells, any many more. As such, they are widely utilized for therapeutic purposes especially for tissue replacement after injury or disease [1]. Adult stem cells (ASCs) are the rare populations of stem cells which is found within the population of matured cells for example hematopoietic stem cells (HSCs). HSCs are found in the bone marrow and it is able to give rise to any blood cells. The main function of these ASCs is to maintain homeostasis in a cell by replacing those that die of injury or disease [1]. As such, they hold great promise for use in future treatment of diseases. Induced pluripotent stem cells (iPSCs) are somatic cells which are reprogrammed to embryonic stem-like state under certain condition and environment. The iPSCs were discovered only in 2007 when scientist begin to find replacement for ESCs. This cells are used to replace ESCs as people started arguing about destruction of embryos to acquire the ESCs [1]. As to date, iPSCs had been used in many studies to cure diseases. Xu et al (2013) used patient-derived IPSCs for the treatment of Parkinson disease [2]. In this article, the importance of engineering stem cells using genome editing tools and the recent genome editing technologies will be discussed.

Other importance of engineering stem cells using genome editing tools includes disease modelling and to test drugs. The study of human disorders is aided by the ability to identify the gene mutations which causes a particular disease, however this is limited by the lack of accessible tissues from patients who are carrying those mutations [6]. The emergence of genome editing technologies ease the process of obtaining various cells and tissues types which makes is it possible for the study of a particular disease in-vitro. Traditionally, knock-out or knock-in mice was used to model a particular disease however it does not fully mimic a specific human disease and physiology. Human pluripotent stem cells (hPSCs) had been used in combination with genome editing tools to create a specific mutation in the hPSCs to mimic a specific disease [6]. The ability of this hPSCs to grow indefinitely allows the physiologic study of a particular disease and allows a certain drug to be developed and tested on the human pluripotent stem cells [6]. This minimizes the use of animal models for drug testing which in turn minimizes the cost of animal model handling.

There are many available genome editing tools however the recent ones include includes Zinc Finger Nuclease (ZFN), Transcription Activator-Like Effector Nuclease (TALEN) and CRISPR/Cas9 nuclease methods. The genome editing technology opens avenue where the faulty genes can be corrected or modified. It allows a specific gene to be inserted, deleted or modified in a particular genome [7]. Traditional modification to the genetic makeup in order to correct or modify a particular gene includes knocking down a particular gene using site-specific recombination technology or using RNA interference method to cause gene silencing [7]. However these methods are inefficient as they are very time-consuming [8]. The recent breakthrough in gene editing technology includes ZFN, TALEN and CRISPR/Cas9 nuclease methods [8]. These three technologies involves the use of nucleases which acts a scissor to cut a specific site in the double-stranded DNA in which both strands have been cleaved but not separated as can be seen in Figure 1 [8]. This double-stranded break will then be repaired by the endogenous (found within the body) DNA repair mechanisms such as homologous recombination and non-homologous end joining which auto-corrects the gene of interest to become a normal functional gene [9]. 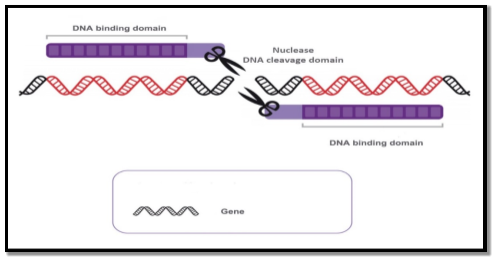 Figure 1 DNA double-strand break induced by nucleases. Nucleases such as ZFN, TALEN and CRISPR/Cas acts a molecular scissor to cut a specific section in the DNA (genes), the double-stranded DNA is only cleaved but not separated [Picture adapted from Genetic Engineering & Biotechnology News (2011)]. 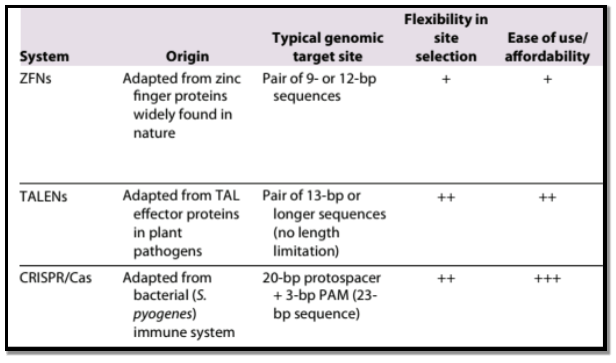 Note: The three recent genome editing technologies are compared in terms of their typical genomic target site, flexibility in site selection and the ease of using that technology [Table adapted from Musunuru (2013)].

As the CRISPR/Cas system is more efficient than the other two methods, ZFNS and TALENs, the mechanism on how this system works will be discussed further in this article. The CRISPR/Cas system was initially found in selective bacteria and archaea which uses this system as an acquired defense against foreign pathogens [8,9]. The system was first discovered in E. coli bacteria in 1980s but the function of it was only confirmed in 2007 by Barrangou and colleagues [8]. In 2013, this system hit the ground for its ability to edit a genome specifically in almost all organisms. There are two key elements which are required for this CRISPR/Cas system to work which is first a homing device and second endonuclease. Guide RNA (gRNA) serves as the homing device while Cas9 serves as the endonuclease or molecular scissors to cleave the double-stranded DNA [8,9]. The gRNA is composed of 20-nucleotide long sequence which is complementary to the target sequence in the genome and this 20-nucleotide sequence is immediately followed by “Protospacer Adjacent Motif (PAM)” [8,9]. Here is how CRISPR/Cas system works:- 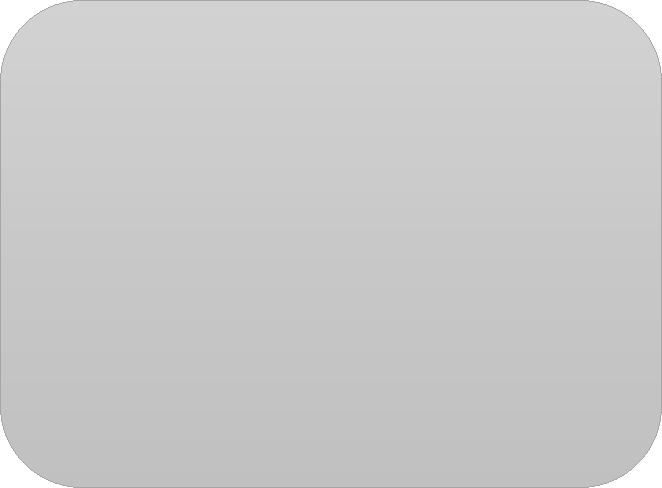 i) First, the 20 nucleotide long complementary sequence to the target sequence in genome and PAM from an endogenous source such as bacteria is pasted into the CRISPR locus [9,10,11].

ii) The CRISPR locus will then be transcribed into precursor-crRNA (pre-crRNA) [10,11].

iv) RNase III comes in to produce mature Cas9-crRNA-tracrRNA complex. This complex is known as the guide RNA (gRNA) [9,10].

The CRISPR/Cas based genome editing can be achieved by simple transfection where a vector or carrier is used to carry the gRNA and Cas9 endonuclease [9]. The vector carrying all this essential elements can be transfected into the target cell for the Cas9 nuclease and gRNA to be expressed in the cell and perform sequence specific double-strand break [9]. The endogenous DNA repair mechanism in the cell will repair the double-strand break and modify the targeted sequence in the genome [9]. 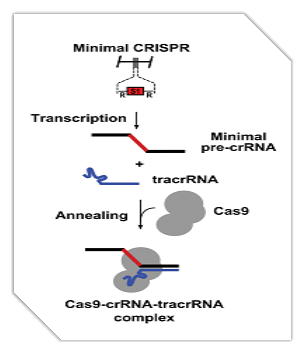 To date many studies have performed genome editing in human pluripotent stem cells using genome editing tools such as ZFNs, TALENs and CRISPR/Cas system. The genome editing tools are very efficient for simple knock-in or knock-out of gene. Crane et al (2015) used the zinc-finger nuclease (ZFN) method in correcting the mutated CFTR gene in cystic fibrosis iPSCs. The iPSCs were derived from skin fibroblast of patients diagnosed with cystic fibrosis and ZFN was used to target the endogenous CFTR gene. Correction of the mutated gene in the iPSCs restored the function of CFTR gene in patients’ body [12]. Similarly, Li et al. (2014) used TALEN and Crispr/Cas method for the correction of mutated DMD gene responsible for duchenne muscular dystrophy disease using patient-derived iPSCs and managed to correct the dystrophin protein in the iPSCs toward skeletal muscle cells [13].