1. Outline how you decided how many cells, how many wells and how much Wnt to use.  Please do not repeat anything in the protocols – your answer should just explain concisely and clearly how and why you designed the experiment in the way that you did (250 words max).

We were provided with three cell lines but we decided to investigate the effect of both Wnt on the proliferation of one cell line, HEK293 cells, limiting the number of variables in the experiment. Unlike MDA-MB-231 and MCF7 which are breast cancer cell lines, HEK293 is derived from human embryonic kidney cells in tissue culture and are non-pathological. As the average doubling time of HEK293 is 24hours, we decided to seed HEK293 suspension cells at 1X105 cells/ml (suggested by Thermofisher©) in each well containing 500µl medium.

We used 16 wells in total on two 24-well-culture plates, i.e. 8 wells on each plate as illustrated in figure 1. We used two identical plates as cells are not viable after PFA fixation. After 24 hours, as the cultures are in log phase, an escalating amount of Wnt, namely, 0, 5, 20 and 50ng, was added for the investigation of HEK293 cell proliferation in a concentration-dependent manner. The amount of Wnt added was suggested by Reischmann et al, 2015 and limited by the amount of Wnt provided. 100 and 200ng could also be tested if enough Wnt were provided. 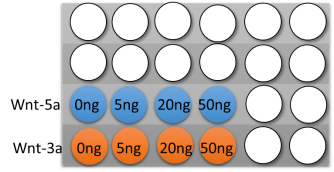 Figure 1 Schematic diagram of amount of Wnt added in each well containing HEK293 cells. Two of these wells are used as cells on one plate was fixed after every 24 hours.

At 0h, cells tend to be spherical or have elongated shapes and plump with a high density, then they were passaged. After 24h, cells attached to well surfaces as they settle down and then started to differentiate. Some cells have developed one or more antenna-like projections for better attachment and nutrition, while spherical ones are non-adherent. 2-9 cell clusters could be observed, whereas few dead cells were present. At 72h, cell clusters with more than 20 cells were normally seen. Being polar, HEK293 are fibroblastic cells.

3. Analyse one characteristic of your cultures quantitatively including a well-presented and informative graph and a photograph that illustrates the graphed result (think about what makes an informative graph). Have a look at some primary cell culture papers to see how data can be presented clearly and thoroughly. What should you always have on the graph of an experiment looking at the effects of a cell signal on cultured cells? 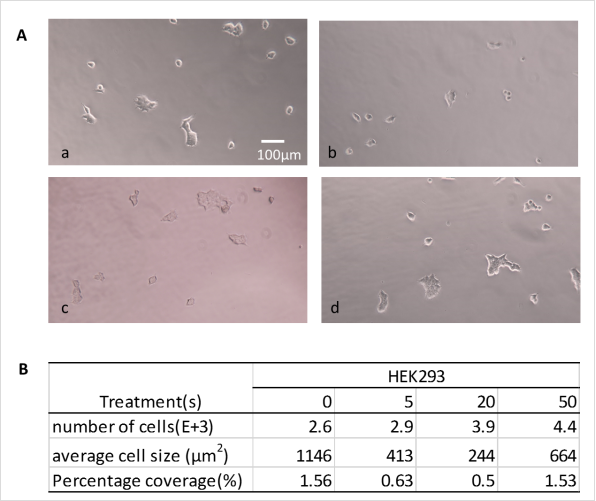 The number of cells show an increasing trend with an increase amount of Wnt-5a added. The addition of 50ng results in almost twice as many cells as in 0ng. Wnt-5a triggers noncanonical signalling pathway. Anomalies in data are possibly because of a non-representative image taken. Its effect can be minimised by having replicates in this experiment. Another contributing factor is the inaccurate particle analysis by imageJ, whose effect can be minimised by taking the mean of numerous results.

4.Briefly suggest a possible mechanism behind your result or, if the ligand has no effect, suggest why this happened. Please note: no effect is not a failure – there could well be solid ICB reasons why there was no effect recorded and you can still produce an excellent write-up (200 words max). 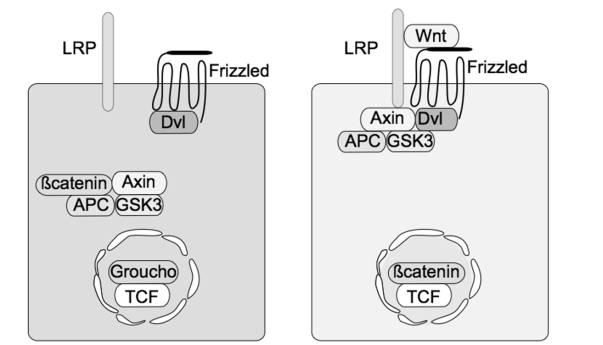 Figure 3 In the absence of Wnt, β-catenin interacts with APC, axin, GSK3, and CK1 forming a degradation complex. The phosphorylation of β-catenin triggers its degradation. Croucho kept Wnt-responsive genes inactive by binding to LEF1/TCF. The presence of Wnt clamps LRP and Frizzled protein together. The phosphorylation of cytosolic tail of LRP by members of degradation complex causes the disassembly of the destruction complex, which prevents the phosphorylation of β-catenin and allow its accumulation. Excess β-catenin can be translocated into the nucleus without degradation and it replaces Groucho and activates the transcription of target genes mediated by LEF1/TCF. These genes are essential to processes like cell attachment, cell proliferation and differentiation.  This explains the addition of Wnt promotes cell proliferation and differentiation.

5. Suggest a possible future experiment to investigate if/how this ligand has an effect on the cells you tested (200 words maximum). Be bold and creative here and try to push yourself beyond, ‘try different concentrations’.

To see if and how the ligand influences the cells, one way is to assay Wnt-responsive gene product, e.g. β-catenin, by Western blotting. After Bradford assay determining protein concentration in cell lysate, run a SDS-PAGE gel and transfer the gel onto a nitrocellulose membrane. Analyse the membrane with primary antibody against β-catenin, then incubate with corresponding secondary antibody.

It is possible to add an inhibitory component of the Wnt signalling pathway, for example Apc protein (Albert et al, 2015) that binds to β-catenin and induces its degradation. Wnt-responsive genes should be kept silence by Croucho bound to transcription regulator LEF1/TCF.