The term probiotics is derived from a Greek word which means “for life”. (Judith et al., 2008). The WHO definition for probiotics is “any live microorganism which wen administered in adequate amounts confers health benefit to the host (Weichselbaum, 2009).

The most commonly used microorganisms for probiotics are bacteria (Judith et al., 2008). A number of studies undertaken at various levels showed that bacteria either in their killed state or their products can have anti- inflammatory or anti- infective properties (What is the evidence, 2017). The Lactobacilli are the most extensively studied class of probiotics. The lactic acid bacteria are used as probiotics in many fermentation products. They mainly play a role in enhancing immunity, maintaining the balance of the microbes in the intestine and in preventing the gastrointestinal tract from various infections (Time dependent, 2008).

Probiotics can be administered orally as capsules, sachets or as tablets. The orally ingested probiotics survive the acidic conditions of the intestine and reach the human gut where they remain for a short period of time (Probiotics and health; 2009).

The mechanism of probiotics is a multifactorial mechanism of action. The conventional method is a simple displacement process. The exogenously administered probiotics increase in number by multiplication. They function by the displacement of the pathogens or unwanted strains of species in the host body ( What is the evidence, 2017).

A probiotic must survive the acidic conditions when orally administered to be able to function in the gut environment. Probiotics also need to possess the ability to survive and be viable in the products, during food production and storage. All probiotics which are mostly delivered in a food system, must overcome physical and chemical barriers in the gastrointestinal tract, especially acid and bile stresses, and have antagonistic activity against bacterial pathogens. ( 2014).

A probiotic must fulfil certain safety characteristics to be beneficial to human health. 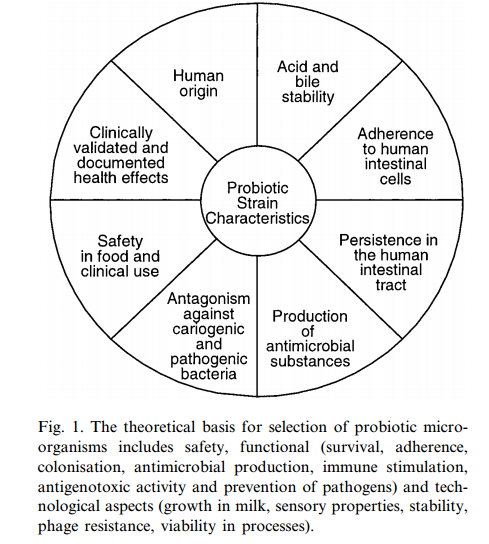 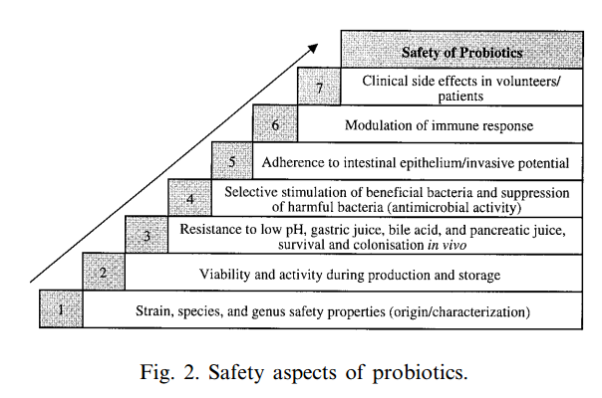 Knowledge on survival of the probiotics within the GI-tract, their translocation and colonization properties, and the fate of probiotic-derived active components is important for the evaluation of possible positive and negative effects of probiotic consumption. The survival of different probiotic strains in different parts of the GI-tract varies: Some strains are rapidly killed in the stomach while others can pass through the whole gut in high numbers (Marteau et al., 1993).

A study showed that direct screening methods with inhibition of acid-sensitive bacteria growth could be an appropriate method for isolation of potential probiotic strains. Various biochemical, physiological, morphological and molecular tests showed that Lactobacillus sp. were dominant in the composition of probiotics as their isolates were resistant to acid and bile salts, they can be used as potentially probiotic bacteria by promoting host-specific health experiments. (2014).