The aims of the investigation are to identify the effect of bacteria, for example, what effect can Serratia marcescens pilli on red blood cells gives when mixed with molecular inhibitor. Also, to examine how pathogenic bacteria for example Clostridium perfringes produce toxin and what effect does toxin have on cells. In addition to the above, to examine the microbial resistance by using four different antibiotics by BASC method this will guide us to know the sensitivity and resistance to particular type of antibiotics.

Pathogenicity is the capability of microorganism to cause disease. According to Madigan et al (2009) the favarouble environment for growth of microorganism is live in or on human body and cause disease. Bacteria have protein filaments called pili which bind to the epithelial cells and cause infection.Pili are much more common in Gram negative bacteria. In our study we used Gram negative pathogenic organism Serratia marcescens which can cause disease to human also Serratia marcescens genome has pili on cell surface for adherence to the epithelial cells and cause infection. In our investigation we use this bacteria suspension to agglutinate with erythrocytes by examined the activity of pili in the presence of molecular inhibitor. Also we investigate the pathogenicity of bacteria by analysing the toxin they produce. In addition we study on microbial resistance to different antibiotics to know the sensitivity and resistance to the drugs. Since 1950s, pathogenic microorganisms have developed the ability to resist some antimicrobial chemotherapy agent. The earliest widely used of chemotherapy agents were amongst penicillin and sulphur drugs. However, these drugs are no longer commonly used as they were back in 1950s, this due to majority of pathogens have obtained some resistance.( Madigan et al 2009).Furthermore, at present some strains of pathogens become resistance to almost all antimicrobial agent, such as Staphylococcus aureus, Mycobacteriun tuberculosis and Candida albicans which are not treatable. An experiment of antimicrobial resistance can be carry out to test some antibiotics which are Cephalosporin’s group, against five strains

The table above shows the results which obtain after bacteria dilution were tested against erythrocytes.

Table 2 shown the results when Serratia marcescens tested with erythrocytes to check for their ability to agglutinate in the presence of glucose, fructose, and mannose.

Table 3. Among these four bacteria only one resulted in marked agglutination after 15 seconds in the presence of mannose and strong agglutination observed within 10 seconds without mannose as shown on the table

The table above showed the production of toxin during bacteria growth.

The disc of antibiotics show susceptibility is determined by measuring the diameter of the zone growth of bacteria inhibition. In the table shown above, the bacterium is susceptible to most antibiotics.

Five organisms including Serrecia marscence and control were tested for the presence and absence of pili. These organisms were tested with erythrocyte to assess their ability to agglutinate in the presence and absence of different types of sugars. Serretia marscence is Gram negative organism, its genome code for pili on their cell surface because pilli are protein found on the cell surface of bacteria cell. Pilus is a contributing factor of microbial adherence to host epithelial cells. ( I. E. Salit,$ and E. C. Gotschlich) There are there are 2 classes of pili, these are mannose sensitive (MS) and mannose resistant (MR) of adhension One class is mannose resistant pili is capable to agglutinate erythrocyte in the presence of D-mannose known as type non-type 1 pili and second class mannose sensitivite pili adherence linked with mannose sensitive haemagglutination of chicken and guinea-pig erythrocytes and also known as type 1 pili (A. Hejaz and F. R. Falkiner 1997) .In addition Dhakal 2009 said Gram negative organism encoded pili and show significant role in cause infection of some of those of Gram negative bacteria. .

The table 5 show the bacteria strain 704476/2 was susceptible to all four antibiotics. This suggest that this bacteria indicate have not got any resistance genes in its plasmid and furthermore all four antibiotics can treat the patient infected with this strain as showing on above table. Strain 310217 was resistant to all antibiotics including all three Cephalosporin group, this indicate that this bacteria has resistance gene, so this strain has to be treated with other antibiotics. In addition bacteria strain 706498 only resistant to one antibiotic and susceptible to the remaining three antibiotics while bacteria strain 310258 was resistant to three antibiotics but susceptible to one antibiotic. There is slightly difference that affected my result if I compare my control test with control chart this may be due to human error which can be caused by inoculation, because inoculum size is the most important factor affecting result, furthermore antibiotic be difference because could make with different company. Also on resistant result is not on a good interpretation because if I compare my results with my control some of them show the resistance but if I compare with zone chart provided is susceptible or intermediate I would suggest that in order to improve my experiment results then I should undergo once again until I produce the results that is more accurate and valid. It has been suggested that the results of antimicrobial susceptibility test can affect both the clinician’s choice of antimicrobial therapy and the patient’s outcome. (Daniel J. Diekema 2003)

To improve the experiment more study is necessary to correct the mistakes in the investigation, thus to have good results. However generally the experiment went good mainly in haemolytic test where Streptococci pyogens show clear zone of haemolysis when clear the colour of the agar as they breakdown erythrocytes as we expected.

O’Brien, D. K. and Melville, S.B. 2004. Effects of Clostridium perfringens Alpha-Toxin (PLC) and Perfringolysin O (PFO) on Cytotoxicity to Macrophages, on Escape from the Phagosomes of Macrophages, and on Persistence of C. perfringens in Host Tissues. American Society for Microbiology (online), pp2204-5206. Accessible at: http://www.ncbi.nlm.nih.gov/pmc/articles/PMC517428/ (Accesses : 18/11/2013) 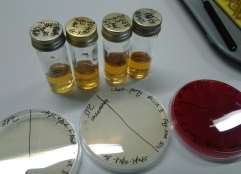 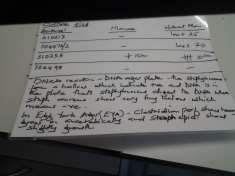 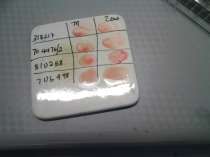 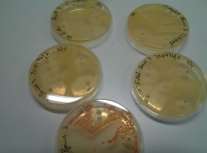