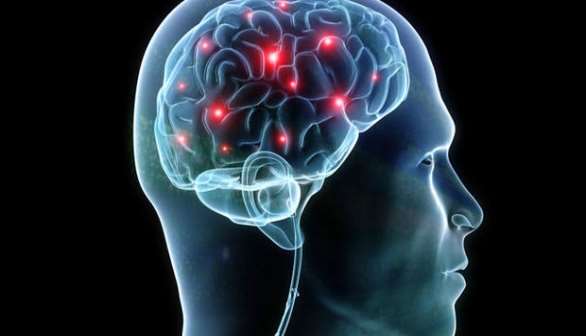 Tumors are deviant organ system containing a convoluted interplay between the neoplastic compartment and recruited vascular, inflammatory, and stromal elements, Human brain tumor consists of a multitude of various different tumors that can be distinguished at both histological as well as molecular level, it consists of wide variety of neoplasm that can be primary or metastatic. An objective of this topic is to study the hemispheric dominant for the language, according to functional magnetic resonance imaging data for patients with brain tumor comparing the histology of tumors, fMRI was performed on 21 patients and the tumor was localised in the left hemisphere in for 15 cases and rest 6 in right one. Dominated tumor was localised in three regions that are frontal, temporal, and frontotemporal regions.in most patients’ tumor were large. Functional MRI scanner was performed on a Signa Excite of 1.5 this data was compared with functional asymmetry, according to the results of Annette questionnaire and the results of the dichotic listening test. Results showed that in 7 patients Broca’s area was found in the left hemisphere, 6 have a benign tumor. One patient having Glioblastoma has a tumor in the right hemisphere. In the 3 patients, Broca’s area on the right side was found

Symmetrical brain activation on both hemispheres was observed in 6 patients how were only suffering from grade II-III tumors of the left hemisphere, it should be affirmed that the data obtained during the listening dichotic test, fMRI and questionnaire, to the impaired vascular autoregulation in the hemisphere regulated by affected by the tumor. A conclusion was that the described that it was found to be difficult to diagnose speech zones in patients with malignant tumors by fMRI. Thus the full histological data should conclude that it is important to solve the problem about the study of the dominant hemisphere for languages in patients with brain tumor.

The brain is the most complicated organ in the human body; it gives us awareness of ourselves and also of the environment, secretions of our gland. Each and every creative thought, feeling all these things are developed by our brain. The human brain is divided into two cerebral hemisphere left and right connected by corpus callosum various scientists have continued to explore that how some cognitive functions tend to dominant by one side of the brain or the other side and that is why the human brain is known to be lateralized. The tumor is referred to an unusual growth of cells in an area human brain tumor comprises a multitude of tumor. Glioblastoma is the most common and deadliest primary brain tumor in adults, with current treatments having limited impact on disease progression. This project describes the study of the brain, brain tumors and lateralization of patients with brain tumors, measured by functional magnetic resonance imaging (fMRI) and comparison results and tumor histology and profile of functional symmetry.

The brain is formed during embryogenesis and continues to develop after birth; it is an organ that serves as the centre of the human body. Brains are exceedingly expensive both to evolve and to maintain. The adult human brain weighs about 2% of the body weight but consumes about 20% of total energy intake. The brain contains 100 billion of nerve cells which helps to think, plan and work. It monotonously receives a sensory report and speedily analyses this data and responds to controlling bodily actions and functions.as compared to other mammals human brain has a more developed cortex. Remarkable progress has been made in understanding the processes that regulate the development of the anatomically and functionally distinct subdivision of the vertebrate brain. On the day 19 of the human embryos, the central nervous system arises from the neural plate, and as this plate continues fold along its anteroposterior axis, it develops into a tube with vesicles that are the anlagen of forebrain, midbrain and hindbrain, the brain can be divided into these three main areas. Generally, our brain includes three major parts: The cerebrum part of the brain controls the emotional part, the thinking part.

Structure of the brain and its functions

This above figure shows the different parts of the brain

Lateralization of the brain regions promotes functions such as languages and also visuospatial processing. It has been figured that individuals may be left brain dominant or right brain dominant based on personalities and cognitive style, but neuroimaging data has not provided any clear evidence whether such phenotypic differences in the strength of left-dominant or right-dominant network exist. A typical lateralization in brain structure and function is associated with neuropsychiatric disorders such as autism spectrum disorders and schizophrenia [1]. Left and right hemispheres have qualitatively different biases in how they dynamically interact with each other. Left-hemisphere regions are biased to interact more strongly within the same hemisphere, whereas right-hemisphere regions interact more strongly with both hemispheres. Until some decade ago it was incorrectly assumed that lateralization was found to be unique for human brain, and having a lateralized brain was a mark of the cognitive superiority of

Tumor also known as a neoplasm is an abnormal mass of tissue which may be solid or fluid-filled. Human brain tumor comprises of multitude of various different tumors that can be

Distinguish at both histological as well as molecular level, it consist of wide variety of neoplasm that can be primary or metastatic. Brain tumor disturbs the proper function of the brain and tissue. Primary brain tumor comprises of large family of cancer. Primary brain tumor arises within brain tissue and they are classified by the type of tissue in which they arises Glioma and medulloblastoma represent the most commonly occurring malignant brain tumors in adults and in children respectively [3]. Brain tumor arising from glial cell are known to be gliomas, because there are different types of glial cells there are various kinds of gliomas there are several types of gliomas,

Astrocytoma the most common type of gliomas in both adults and children arise from small, star-shaped cells called astrocytes. The astrocytes are the cells of the brain that supports the nerve cells. Astrocytomas can grow slowly, anywhere in the brain or spinal cord. In adults it usually arises in cerebrum. Oligodendrogliomas arises from the cell known as oligodendrocytes that produce myelin, the fatty covering that protect nerves, and it also helps the nerve signals (impulses) to travel along the nerve more quickly. Ependymonas usually develop in the lining of the ventricles, arises from ependymal cells. It can also be high or low grade. Although these tumors can develop at any age, they are most common in childhood and adolescence. Medulloblastoma the most common CNS tumor which is a type of embryonal tumor and arises from posterior fossa and mostly occur in children. Pineal parenchymal it mode in parenchymal cells or pineocytes, pineocytes are the cells that make up most of the pineal gland. The treatment of brain tumors usually begins with surgery for diagnosis or excision. Subsequent comprehensive care may involve cooperation.

Not all brain tumor cause symptoms, and some are often not found until the death [4] .The following are some symptoms which are found in primary and metastatic brain tumor

According to WHO (world health organization), tumor are classified on the basis of from which cell it arises. Following are the classification of the tumor grades-

Grade I and II are considered under LOW GRADE TUMOR which are not very aggressive and patients having low grade tumor are having more chance of survival. Grade III and IV are

Considered under HIGH GRADE TUMOR which are more aggressive and are more difficult to diagnose also term4ed as cancerous.

Surgery is used to diagnose or treatment of brain tumor, it is used to remove completely the brain tumor if completely not, then as much as possible this is called resection, this is done without damaging the nerve cells of the brain. If also surgery not possible a biopsy is done in which small tissue of tumor tissue is remove.

Surgical process that involves removing a part of skull to access the brain for treatment. After the tumor is amputated and diagnosed, the skull bone is usually put back and held in place with plates and screws. All tissue obtained during the procedure is evaluated by a pathologist, by examining the tissue tumor’s type and grade is identified.

Surgical procedure which involves removal of a small sample of tissue from the tumor to identify the type and grade of the tumor under the microscope. There are two kinds of biopsy procedures:

These are given in three forms that is capsule, drugs and injection.

The Process of Radiation Treatment

Scanning of the brain is the first step to diagnose where the brain tumor is arising, According to the histological data, under this study 21 patients were

Underwent fMRI scans; it is found that 15 patients had tumor in left and 6 were having on the right hemisphere of the brain.it was also described that tumor were mainly localized on the frontal, temporal, fronto-temporal regions. Histological diagnosis in 8 cases was found to be malignant Grade IV, and in 13 cases it was Grade I-III.

Functional magnetic resonance (fMRI) is a procedure which is used to measure the brain activity by detecting the changes in the rate of blood flow. It is widely used in presurgical planning for the brain resection.it has a potential to be a useful presurgical planning tool to treat patients with brain tumor. Blood-Oxygen-Level dependent (BOLD) is the primary form of fMRI .This is the special type of body scan used to detect nerve cell activity in the brain or spinal cord of human or any other animals by imaging the change or activity of the blood flow. In this project the fMRI studywas perfomed on scanner “Signa Exite” with field strength of 1.5 as speech test reciting the months of the year in reverse order was used.

It is a disorder or disturbance which is caused by the dysfunction in the brain is causes damage to the parts of the brain which contain languages. It is usually caused by the stroke and also can Arise from head trauma, and most common in adults. This disease causes damage in the ability of the person to understand words.

Aphasia develops when brain gets damage. Blood vessel disorder is the origin of such brain lesions. Cerebral infarction.it is termed as CVA under medical term: Cerebral (=brains) Vascular (=blood vessel).

According to the clinical data it found important of the studying the problem of the dominant hemisphere for language. As the author attributed the fMRI scans, questionnaire Annette and dichotic listening test frequently were not the same, which is significant or it was found difficult to identify speech zones in patients with large specially malignant tumors by fMRI.