Microorganisms make up two of the three domains of life and the microorganisms studied today have been produced through 3.8 billion years of evolution. The first stage in investigating bacterial processes is obtaining a pure culture of the bacteria, however currently only 0.1-1.0% of microorganisms can be purely cultivated using the standard techniques at our disposal (Riesenfeld, Schloss and Handelsman, 2004). The question is then raised as to how significant current microbiology is if 99% of the information is still not discovered. It is clearly vital that the research techniques used be able to overcome these issues around unculturability and the diversity of genomes that has restricted the forward movement in this area of microbiology. Some attempts have been able to produce breakthroughs in culturing the unculturable bacteria but overall a range of culture independent techniques would be needed in order to successfully culture the massive entity of unknown species in our environment. In this essay we will discuss some metagenomics and genomics approaches but mostly drawing focus on novel attempts to tap into the resource that is the uncultured microorganisms and the impact this can have on not only our knowledge of the world but also to improve industries such as biotechnology and potential drug discovery.

Culture independent studies based on 16s rRNA gene sequence analysis have made it clear that the majority of these ‘uncultured’ bacteria belong to new genotypes, divisions and classes in the domains of eubacteria (Sharma et al., 2005). Such studies have heavily indicated that environments we thought had been well covered actually may contain quite a lot of new bacteria and require necessary focus; these areas include simple garden soils and sea water. The early strategies to cultivate the ‘unculturable’ bacteria were based on the thought that such microorganisms are able to multiply in their own natural environments so cultivations in the laboratory were attempted using media with very low nutrient levels; this used the assumption that common laboratory media used media with a concentration of nutrients that wouldn’t typically be found in natural environments (Connon and Giovannoni, 2002). This method did in fact result in the isolation of new genera including ‘SAR11’ which is a member of the candidatus clade (Rappé et al., 2002). Success like this led to further uses of similar techniques in marine environments with the addition of altering physiological conditions such as pH, oxygen levels, temperature and osmotic conditions as well as presence/absence of growth factors.

Bioprospecting is the discovery and commercialisation of novel products (e.g. enzymes) based on biological resources and bioprospecting of microorganisms can be carried out using metagenomic approaches or culture dependent approaches (Vester, Glaring and Stougaard, 2014). Here we will focus on metagenomic approaches which can be of high value and although this method has the advantage of not requiring cultivation, they may be hindered by quality and quantity of DNA that can be attained from an environmental sample. The bioprospecting metagenomic approach can be sequence based or functional based (Figure 1). Sequence based metagenomics is a high throughput technique using bioinformatics analysis whereas functional based metagenomics involves expression of libraries to find genes or clusters of genes of interest (Vester, Glaring and Stougaard, 2014). 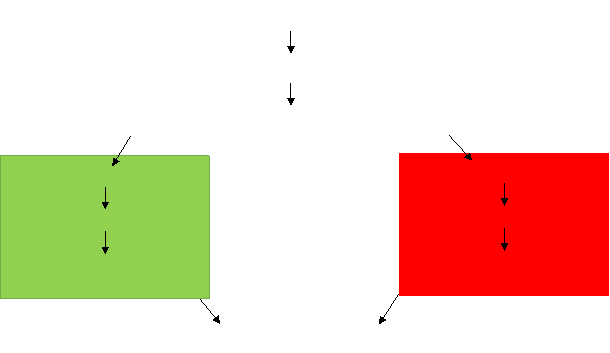 In a study by Venter et al in 2004 the Sargasso Sea was studied using metagenomic shotgun sequencing due to the simple community it would contain. The approach employed the steps seen in Figure 2 below. The Sargasso Sea is an intensively studied environment with limited nutrients and the study produced 1.6 billion base pairs of sequence information (Venter et al., 2004). However, the problem was that the community was not simple enough to allow assembly of most of the sequence reads into contigs (or scaffolds of the genomic sequence). An example of an even simpler community would be that found in biofilms. Tyson et al used biofilm found in extremely acidic waste water from an iron mine also known as ‘acid mine drainage’ which contained three bacterial lineages. The contigs were assembled into groups based on GC content and by the number of reads in each contig. These groups could then be assigned to a specific organism and with almost complete genome sequences from sequences of Ferroplasma type II and Leptospirillum group II affiliates it was possible to model metabolic processes that each of these genomes would contribute to the wider community in this environment (Tyson et al., 2004). This discovery coupled with sequencing and metabolic analysis was the starting point for ‘proteogenomic’ analysis. Protein extracted from biofilms in the acid mine drainage was used in shotgun mass spectrometry and the end result was that they were able to link peptides of the five dominant genomes but more notably this study identified a novel iron-oxidising cytochrome which is stable in acid (Ram et al., 2005). Further protein quantification led to a process being identified that could be key to the whole ecosystem hence proving the significance of biofilms and metagenomic studies in identifying novel functions or novel proteins. The above mentioned acid mine drainage sequencing project was able to effectively assign over 80% sequence reads to one of over 1100 scaffolds which could realistically assist with realistically determining the genome sequences of uncultured microorganisms living in diverse communities (Tyson et al., 2004). 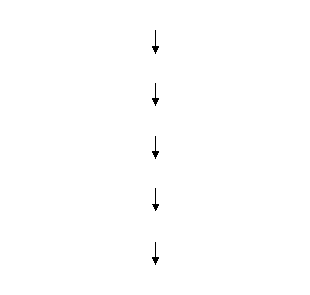 Microorganism communities are mostly made of bacteria and consequently are dominated by bacteriophages which will have a huge impact on the diversity and structure of these microbial communities (Wommack and Colwell, 2000). Just like bacteria themselves, bacteriophages are hugely diverse microorganisms so haven’t been as heavily studied in the laboratory as we would like, and many of the bacteriophage hosts haven’t been cultured for the same reasons. Without the equivalent 16s rRNA gene to study virus phylogeny, novel metagenomic analyses would be needed to study phage diversity in order to understand bacterial communities by investigating them through their respective bacteriophages. A study by Breitbart et al in 2003 investigated the diversity of bacteriophage in the human gut and marine environments. With the human gut being so complex and having over 400 microbial species in it, they began by analysing human faeces using metagenomics to study viral populations and constructed a viral library. A total of 532 clones were sequenced and almost 60% of them did not have similarity with earlier reported sequences in the literature (Breitbart et al., 2003). The sheer size of the viral community would outnumber the bacterial community in the human gut however the viral community likely affects the bacterial community structure through lysing and infection; they may also enhance genetic diversity by allowing exchange of genetic information between bacterial cells (Breitbart et al., 2003). The results of another similar study by Breitbart et al in marine environments revealed that bacteriophage populations were significantly different between two marine environments. This was thought to be influenced by the high proportion of gram positive and gram negative bacteria in the human gut and the seawater respectively, confirming that metagenomic study of bacteriophages would indeed be a potential avenue for the study of bacteria (Breitbart et al., 2002).

The Human Microbiome Project investigated a section of the human microbiota in the colon of healthy adults. They thought that since there is 10 times more microbial cells than human cells present in the human body that understanding more about the microbial communities in the gut would be key to improving our ability to treat, diagnose and prevent diseases. When you consider that the gut microbial communities have already been invaluable in regulation of energy and controlling the immune system it can be seen that further knowledge of these microorganisms could be a huge leap forward (Turnbaugh et al., 2007).