Cell Theory states that all living organism contain cells which are the basic unit of life. These cells contain certain organelles that perform specific functions. In order for Scientists to study these compartments, they isolated these organelles through the process of Cell Fractionation and certain enzymes are present in these organelles for it to be distinguished from one another. These enzymes are called Marker Enzymes and give us clues in to identify a certain fraction. Marker enzymes function by looking through an enzyme’s function that can be found in a certain organelles. It also gives out information about the purity of a specific fraction. Examples of marker enzymes are Succinate dehydrogenase resides in the Mitochondria, Acid phosphatise in Lysosomes and Alkaline phosphodiesterase in Contractile vacuoles. The occurrence of unwanted marker enzyme in different fractions may only be a sign of contamination during the preparation of the fractions.

Based on the group’s results found on Figure 1.0, the presence phagocytic vacuoles were generally present in the Crude, Nuclei and Soluble. Crude, this basically contains all of the proteins and is considered to be the fraction with the highest protein content, Nuclei which contains the DNA/histones and the mitochondria and is considered to be second to the Crude fraction which has the highest protein content and the Soluble fraction which is the most diluted fraction and contains enzyme and contractile vacuoles reacted with the given substrate of the APDE Assay which is the para-nitrophenol thymidine 5’ monophosphate and yielded a reaction. For the Peroxidase Assay, all fractions yielded no reaction with the substrate used which is Tetramethyl Benzidine (TMB). The fractions Crude and Nuclei were detected to have the Mitochondrial Reductase using the Alamar Blue Mitochondrial Assay. In this Assay, the Nuclei fraction may or may not yield a reaction since this fraction contains the DNA/histones and the mitochondria and this Assay is used for the detection of Mitochondrial Reductase which is commonly found in the Crude, Microsome fraction (which is after the Nuclei fraction where most of the Mitochondrial Reductase can be found) and the Soluble fraction. In the Protease Assay for the detection of denatured proteins, based on the group’s results, it ranges from 0.75 to 2.2. Soluble being the fraction with the lowest denatured proteins and Crude having the lowest denatured proteins.

Based on the group’s results, some fractions contain some of the organelles that should not be present in these fractions. These errors may be a cause during Cell Fractionation wherein the organelles did not separate completely and some of the reagents used may be contaminated.

Based on the experiment done, different marker enzymes are present in the different fractions containing different organelles with their own specific functions. These enzymes perform different reactions to identify the purity of a fraction. Some fractions contain organelles that should not be found in that fraction and some fractions yielded a negative reaction for an Assay. These could be a cause of some of the organelles not properly separated from each fraction through the use of Centrifuge. It could also be a cause of the reagents being contaminated.

It is further recommended that centrifugation should be done on a higher centrifugation speed in order for the organelles to separate properly and to get the exact data needed for the experiment. It is also advisable to perform this experiment in an environment where there is less contamination and these fractions should be stored where there will also be no contaminants present. 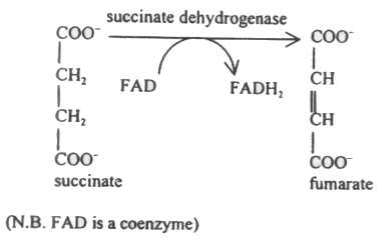 Succinate dehydrogenase, just like Acid phosphatise, is commonly found in the mitochondria as a marker enzyme. It catalyzes the oxidation reaction of succinate to form fumarate that will be used in the Krebs cycle. It also feeds electrons to the respiratory chain ubiquinone (Rustin, et al. 2002).

Alkaline Phosphatase is used to know the effectiveness of pasterurization on different dairy products such as milk and cheese (Sigma- Aldrich, 2014).