Abstract: Foot and mouth disease is an infectious disease of cloven-hoofed animals, that has adverse economic impacts. Due to the high prevalence of viral infections and having no specific treatment and the constant appearance of resistant viral strains, the development of novel antiviral agents is essential. The aim of this study was to evaluate the antiviral activity of methanolic extract of aerial bodies of Alhagi maururum Medic. (camel thorn), against foot and mouth disease virus , type O (FMDV-O) in cell culture, According to presence of biological active substances in extract of camelthorn and its applications in herbal and traditional medicine this study was done .A 80 % methanolic extract of Alhagi maururum Medic. from Powdered aerial bodies was obtained, maximum concentration of extract with no-cytotoxic effects on cells was determined with MTT-assay, then non-cytotoxic concentration of extract was incubated with serial diluted of virus, the TCID50 of virus befor and after addition of methanolic extract was calculated via Reed & Meaunch method.results revealed that : methanolic concentration in 3 mg/cc or less has no cytotoxic impact (according to the MTT-assay) and presence of extract weakend the virus 2 X 10 3.5 times.

Introduction: Foot-and-mouth disease (FMD) is a highly contagious disease of cloven-hoofed animals including wildlife and livestock (13). The disease is clinically characterised by fever, lameness and vesicular lesions on the tongue, feet, snout/muzzle and teats of various susceptible species (12) . The etiologic agent, FMD virus (FMDV), is a member of the Aphtovirus genus from Picornaviridea family . Globally, the disease causing agent, FMD virus (FMDV), exists in seven different serotypes (O, A, C, Asia 1, SAT 1, SAT 2 and SAT 3) and vaccination against (or infection with) one serotype does not cross-protect against other serotypes, hence the need for constant surveillance for appropriate cure is presistant (16).also, FMD outbreaks in developed and developing countries and their significant economic impact have increased the concern of governments worldwide (24). Alhagi maurorum is a species of legume commonly known, variously, as camelthorn, camelthorn-bush, Caspian manna, and Persian mannaplant. This shrub is native to the region extending from the Mediterranean to Russia. The perennial plant grows from a massive rhizome system which may extend over six feet into the ground. New shoots can appear over 20 feet from the parent plant. Above the ground, the plant rarely reaches four feet in height. It is a heavily branched, gray-green thicket with long spines along the branches. It bears small, bright pink to maroon pea flowers and small legume pods, which are brown or reddish and constricted between the seeds(4) .Various studies have shown that A. maurorum has been used in folk medicines, It is used in diaphoretic, diuretic, expectorant and anti-ulcer treatments (24, 25, 27). The plant is also used as laxative and in the treatment of diseases of the urinary tract and liver (15). Oil from the leaves of the plant is used for the treatment of rheumatism while the flowers of the plant are used for the treatment of piles migraine, and warts (5),also a study in 2000 showed its anti bacterial properties (11). However, to date the potential health benefits of A. maurorum, have not been studied in detail. In this study, A. maurorum was collected to determine antiviral effects of its hydroalcoholic extract.

The plant was collected from Ahvaz,Iran,in Spring of 2014, and identified as Alhagi maururum Medic. by Department of Biology and Microbiology, Faculty of Science; Shahid chamran University. The aerial parts of plants were taken out, cleaned and dried in the shade for 2 weeks and then powdered.extraction was done with maceration method. 25 gr powdered aerial bodies were extracted with 100 ml of 80 degree methanol and shaked for 48 hours . The solution was filtered and kept in the temperator of 45 degree to remove the solvent.

Bovine Kidney cell line which is known as Razi Bovine Kidney (RBK) cells were obtained from the Pasteur instituet,tehran,Iran . RBK cells cultured in growth medium consisting of (RPMI 1640) (bioidea,scotland) supplemented with 10% fetal bovine serum (FBS, Tehran university product),and 100U/mL penicillin/streptomycin(penesterp)(bioidea,scotland) at 37°C incubator with a 5% CO2 atmosphere. The FMD virus (STR O/2010/FMDV) was provided by the Veterinary department of Tehran University. 300 microlitre of virus was added to the flask covered with a RBK monolayer and incubated for 1.5 hour then washed with Phosphate buffer(PBS), media with 2% FBS was added and incubated for 3 days until CPE (cytopathic effects) were appeared,then the media was removed as a source of virus.

Investigation of methanolic extract of camelthorn`s cytotoxicity for RBK cells:

cytotoxic potential of extract was determined by the MTT test . MTT test is based on the reduction of yellow soluble compound 3-[4,5-dimethylthiazol-2-yl]-2,5-diphenyl tetrazolium bromide (MTT, Sigma-Aldrich Chemical, Taufkirchen, Germany) into an insoluble formazan . The reaction takes place in the mitochondrial membrane of living cells. Formazan was dissolved by addition of a strong detergent (DMSO or Isopropanol) and color was read spectrophotometrically at a wavelength of 580nm. Absorbance of the solution is proportional to the number of living cells. (17, 18)

The MTT colorimetric assay was performed in 96-well plates. Cells were seeded in 96-well plates at a concentration of ( 5 x 104) cells/well and incubated for 48 h at 37 °C in a 5% CO2 atmosphere. Microscopic examination insured that stable normal cell layers were maintained in each well throughout every experiment. After treatment with various concentration of the test compound (300, 30, 3, 0.3, 0.03, 0.003 mg/mL),(3wells for each concentration) the cells were incubated for an additional 72 h at 37°C.The cells were examined After that, the medium was removed and cells in each well were incubated with 100μL of MTT solution (5 mg/mL) for 4 h at 37°C. MTT solution was then discarded and 150 μL Isopropanol was added to dissolve insoluble formazan crystal and the plates were incubatedat 37 °C for 15 min. Optical density (OD) was measured at 580 nm using a spectrophotometer (biorad).

Anti-viral activity of the tested compounds were evaluated by measuring the reduction in cytopathic effects and calculating and comparison of TCID50 ,before and after treating with extract. Briefly , confluent monolayers of RBK cells were prepared in 24 well plate. Non toxic concentration of extract were added to different densities of virus, and kept in 4 c, for 1.5 hour. then they were added to 24-well plate,3 wells for each concentration and incubated for 1.5 hour and then they were washed away with PBS and then 2% media was added and plate was kept in incubator with 5%co2 atmosphere and 37 c, and changes were observed for 72 hours, and TCID50 was measured.

The tissue culture infectious dose (TCID) procedure is performed to determine the infectious titer of any virus which can cause cytopathic effects (CPE) in tissue culture over a reasonable period of days while cells in culture remain viable. This procedure is performed to quantify how much infectious virus is in a preparation. The TCID50 is determined in replicate cultures of serial dilutions of the virus sample. Briefly, virus was diluted 1:10 and added to plates. The plates were then incubated for 72h. After incubation, the wells were observed by an inverted microscope (Olympus Imaging Corp, China) and marked as “positive CPE” if cells had developed observable CPE , compared to both the undiluted virus controls . Cells that did not show such conditions were marked as “negative CPE”. Further calculations were conducted using the Reed-Muench formula . The resulting value was considered as the TCID50 . In addition to the Reed-Muench formula, the dead cell percentages were plotted against the virus dilutions on a log10 scale (21).

Each experiment was repeated a minimum of 3 times, and data are presented as mean ± standard deviation. For the analysis of datas , we used SAS program using duncan test . P values equal to or less than 0.05.

After formation of cells monolayer in plate and additional of serial dilution of virus and observation of CPE`s ,TCID50 was calculated, the density of virus in each mililitre was 2 x 10-3.5 .

Measurment of antiviral activity of extract:

The TCID50 of virus without presence of extract was 2 x 10-3.5 ,otherwise with adjacent of non-toxic concentration of methanolic extract of camelthorn no CPE was observed so TCID50 was calculaed as 0. Hence methanolic extract could reduce virus activity for 2 x 10 3.5 times. (6324.56 times) 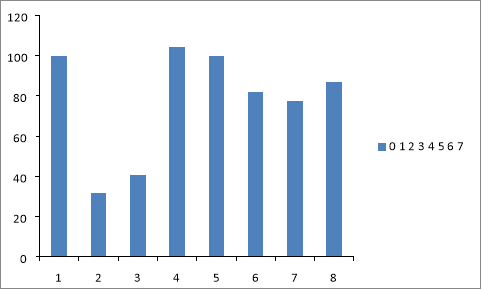 Table 1 : (axial: percentage of viable cells, horizontal: different concentration of extract from 300 to 0.003 mg/ml)(number 1 is contor cells without extract) 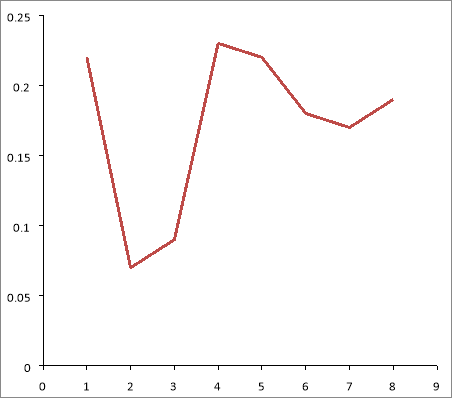 Food and mouth disease is one of the most prevalent disease of cattles which can blemish husbandary industries, while there is no precise treatment for this disease, hence investigating novel methods for treatment is valueable.

Plants are important source of potentially useful structures for the development of new chemotherapeutic (15).

Some studies have investigated antiviral effects of different compounds on FMD virus : a study showed the antiviral activity of plants , including Amaranthus and Morinda citrifolia against FMDV (9), while another study has demonstrated the effects of myrtle oil on FMDV(19), and another one ,evaluated the effects of nano particles of magnesium oxide on FMDV(20).

The current study addresses the anti-FMDV and cytotoxic effects of locally plant A. maurorum Medic. selected from Ahvaz,Iran. The selected plant was based on its traditional uses as folk medicinal plant for the treatments of various types of diseases (15),whereas different studies have proven this plant’s medicinal properties such as anti-oxidant, anti inflammatory (6), anti ulcerogenic (7) and antidiarrhoeal activity (14). On the other hand,Some studies showed The antimicrobial activity of ethanolic extract on Aspergillus flavus, A. alternata, F. oxysporum, F. solani, Bipolaris oryzae, Chetomium sp. and Mucor sp (2).and other study showed methanolic extract antibacterial activity against S. aureus, B. subtilis, P. auerginosa, S. typhimurium and C. albicans (11). In another study, the ethanolic extract of the A. maurorum showed significant antimicrobial activity against Gram negative, Gram positive bacteria as well as unicellular and filamentous fungi (26).

The antiviral effects of camelthorn (a.maururum) can be justified on the ground of chemical compounds, such as flavonoids which makes the medicinal importance of the plant. Phytochemical screening of A. maurorum extract revealed the presence of flavonoids, glycosides, alkaloids, sapo-nins, tannins, steroids, and anthraquinone as major constituents(10) (1, 23). The additional constituents were reported in extract: β-sitosterol, cinnamic acid, coumaric acid, and hydroxybenzoic acid (3). That antiviral activity of extract might contribute directly to flavonoid or kumarin compounds (19). Therefore, the chemistry of plant natural products and their biological effects have been the potential of intensive research, and the effects are explained in terms of chemical constituents.

However, the precise mechanism of antiviral activity of chemical compounds in extract remains to be determined. Further studies are underway to explore the molecular mechanisms of the A. maurorum extracts, and to determine its properties in vivo. The present investigation support the use of methanol extract of A. maurorum as a strong disinfectant in folk and modern medicine, and the antiviral activity which may justify its use as a source of natural antiviral compound to protect animals from foot and mouth disease which is highly contagious in cattles and causes significant financial loss in animal husbandaries.

Author is very thankful to Shahid chamran university for the facilities to accomplish the present research project within time.